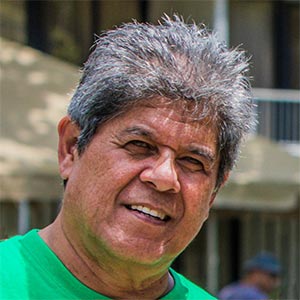 Greg has the reputation as the steel guitar player who has the ability to present old Hawai‘i with a contemporary twist. After many years of playing in the background for many of Hawai‘i's recording artists, Greg Sardinha released his first solo album in 2006 entitled HAWAIIAN STEEL VOL 4 - Artistry of Greg Sardinha. The album reflects Greg's artistry and versatility with the ‘ukulele, guitar and Hawaiian steel guitar and creates a feel of unusual textures and interplay between all the instruments. He is an accomplished player of all of these instruments. His CD, "Stainless" reflects his playing diversity and zest for "pushing the edge" and was awarded the 2014 Na Hoku Hanohano Instrumental of the Year.

Besides keeping busy with live performances and studio session work, Greg also has a recording studio called "sma'Kine Recordings" and a record company "Keala Records". His record company has consistently released quality contributions to the continuing legacy of the Hawaiian steel guitar. He appears regularly at steel guitar festivals statewide.

Greg and his band Po‘okela have performed daily at the Honolulu International Airport, entertaining the visitors and welcoming them to Hawai‘i. Greg also appeared at the Outrigger Reef's Kani Ka Pila Grille and at at the Elks Club in Waikīkī. Greg has been featured at Big City Diner in Kailua. For a complete list where Greg's currently playing, see his website.